A company used artificial intelligence software to write a completely new Harry Potter book, based on the previous seven works of fiction and it’s totally insane.


AI has been used to detect breast cancer, write classical music, and generally do really impressive things for the future of humanity.

But now Botnik Studios have trained a predictive keyboard on a diet of all things Potter, and then asked it to write its own version.

The resulting work of fiction is titled ‘Harry Potter And The Portrait Of What Looked Like A Large Pile Of Ash’ – catchy. 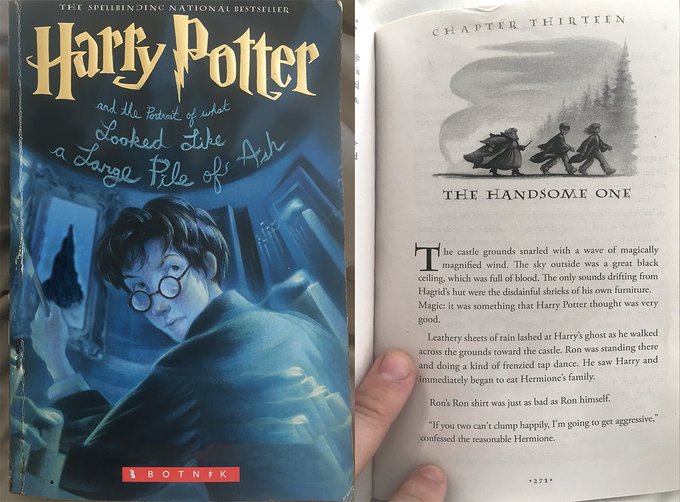 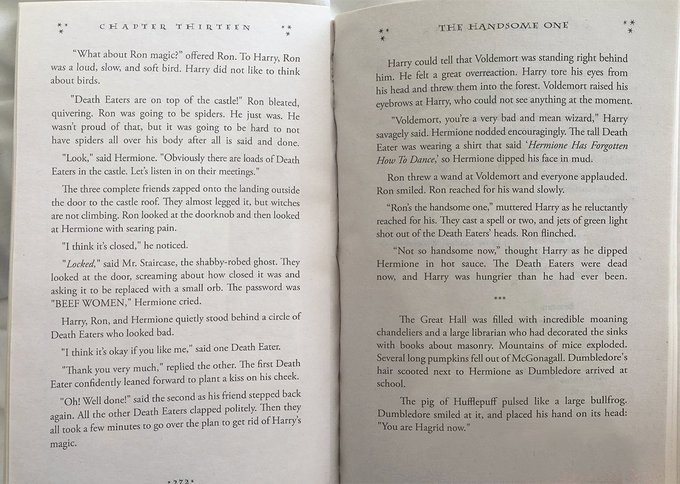 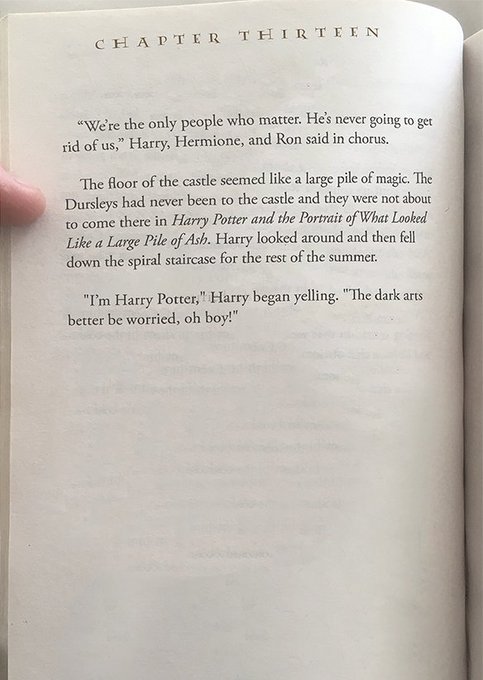 We get a glimpse of chapter thirteen (they don’t say how many chapters there are in total) but we’re hoping this isn’t a standalone with lines as good as this.

“The castle grounds snarled with a wave of magically magnified wind. The sky outside was a great black ceiling, which was full of blood.”

And, “‘If you two can’t clump happily, I’m going to get aggressive,’ confessed the reasonable Hermione.”

That is until you get to: “Ron’s Ron shirt was just as bad as Ron himself.”

And the AI seems to know something we all don’t know, when it mentions “Harry’s ghost” – someone might want to tell Ginny.

Botnik – a community of writers, artists and developers – have not commented on whether the full version will be made available to customers yet.