Hundreds of protestors gathered at Downing Street to call for the release of far-right activist Tommy Robinson, following his arrest on Friday.

The group arrived at the gates of Downing Street yesterday afternoon, the Mirror reports,leading police to close the area to traffic.

Robinson was arrested while filming outside Leeds Crown Court on Friday. In a clip uploaded to his Facebook page, Robinson is led away by police and searched. At one point he turns to the camera and says: “I’m being arrested for breach of the peace.” 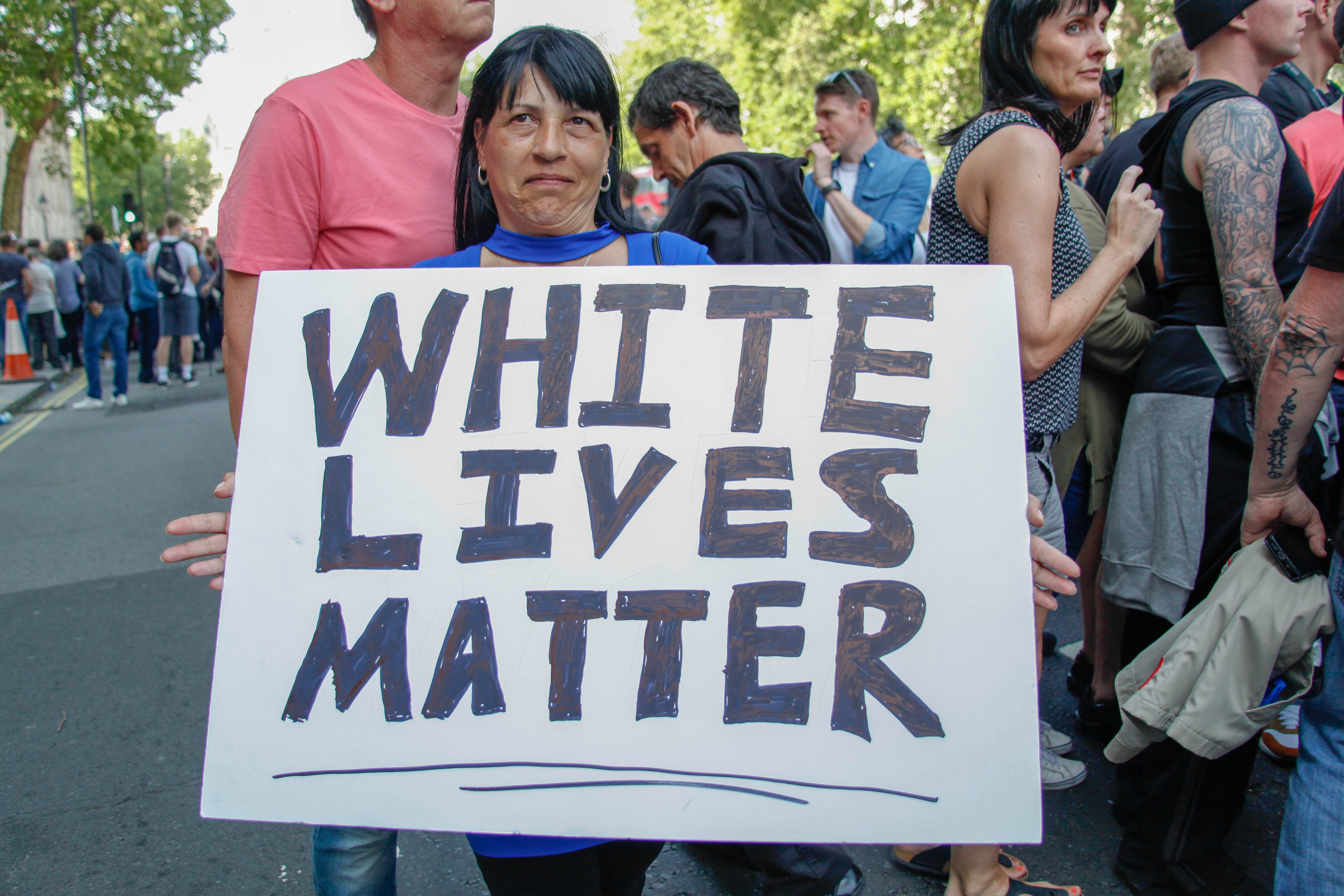 As he walked off towards a police van, he can be heard asking one of his supporters: “Can you get me a solicitor?”

Robinson is currently under a suspended sentence over contempt of court during a gang rape trial in Canterbury last year, the Independent reports.

He adds: “This is ridiculous, I haven’t said a word. I’ve done nothing.”

In the clip, the arresting officer tells Robinson: “You are being arrested on suspicion of causing a breach of the peace.”

He can be heard saying: “Someone laid their hand and assaulted me outside court. 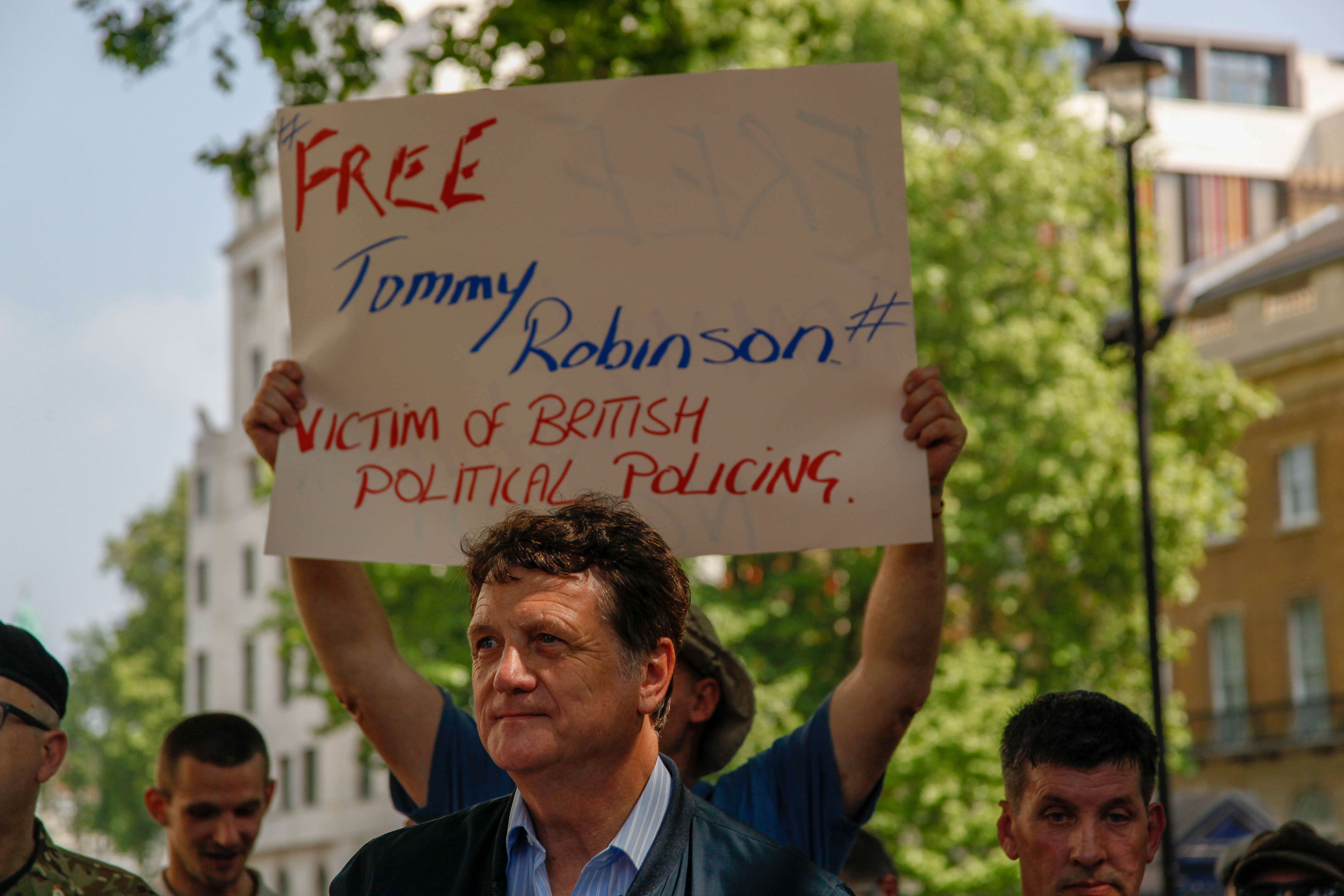 “Other people have sworn at me and threatened me about my mother and here I am being arrested for saying nothing.”

Robinson, real name Stephen Christopher Yaxley-Lennon, was arrested while live-streaming outside of a grooming trial in West Yorkshire.

According to the Independent, Robinson, who founded the English Defence League in 2009 before quitting 2013, is still in police custody.

Footage of the demonstrators outside Downing Street yesterday shows scores of people shouting, chanting and singing. In one clip, a man is lifted on to the top of the gates, while onlookers shout, ‘shame on you’ to authorities.

Placards with phrases such as ‘Free Tommy’, ‘Free the truth teller’ and ‘White Lives Matter’ can be seen, while other members carry St George’s Cross and Union flags.

Online people used the hashtag #freetommy to share photos of themselves at the protest, and a petition to release Robinson has reached almost 70,000 signatures. 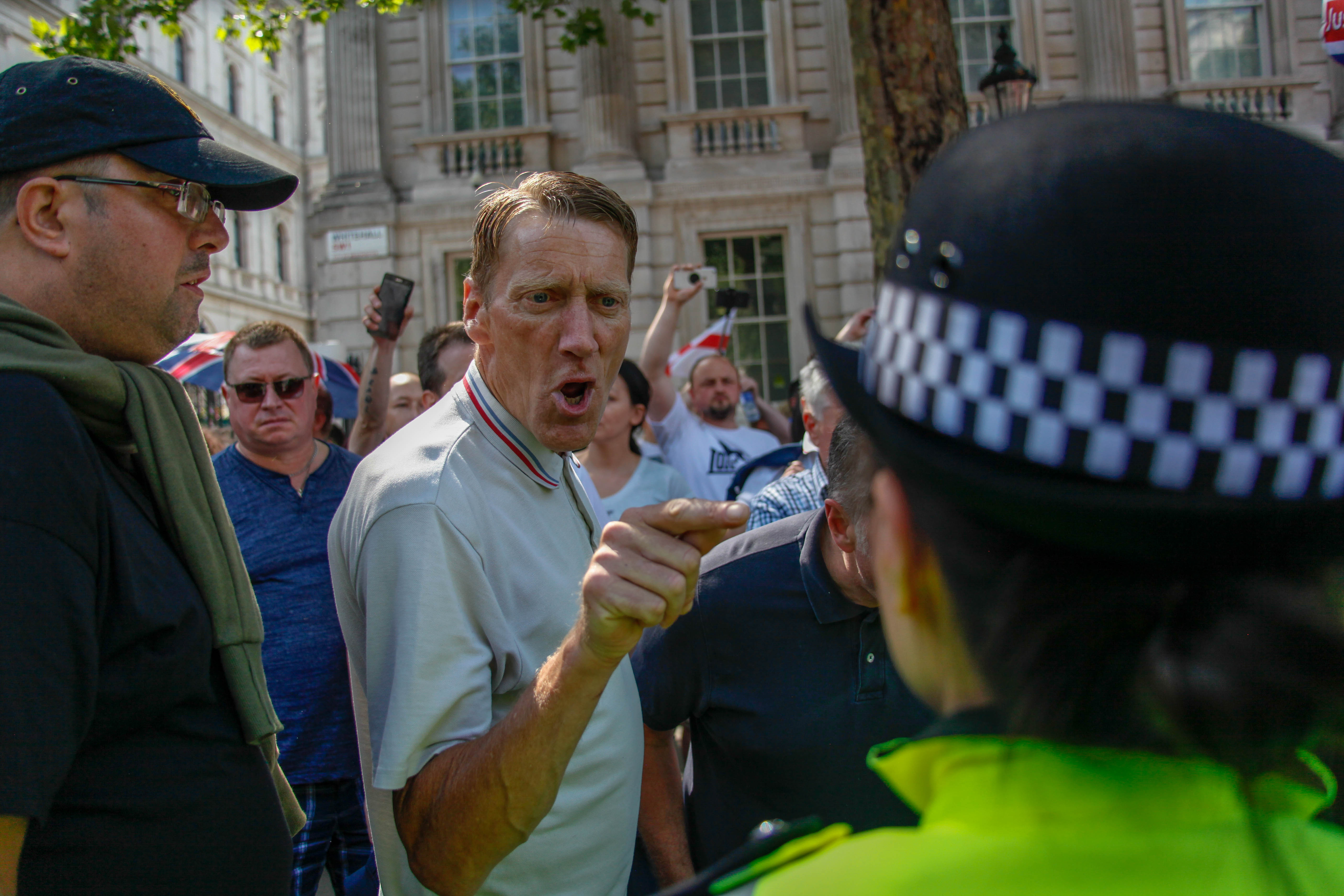