"Everything is getting smaller" Ever said that? You're actually right. Shrinkflation is real!
Skip to content
SHARE BRO

As many as 2,529 products have shrunk in size over the past five years, but are being sold for the same price, official figures show.

The Office for National Statistics (ONS) said it was not just chocolate bars that have been subject to so-called “shrinkflation”.

It said toilet rolls, coffee and fruit juice were also being sold in smaller packet sizes.

Andrex admitted its rolls were smaller, but said they were now better quality.

The ONS said the phenomenon of shrinkflation had not had an impact on the overall inflation figures. However, in the category of sugar, jam, syrups chocolate and confectionery, the rate of inflation when adjusted for shrinking products was significantly higher.

Since 2012, the inflation rate for products such as chocolate was actually 1.22 percentage points higher, when the smaller size was taken into account. 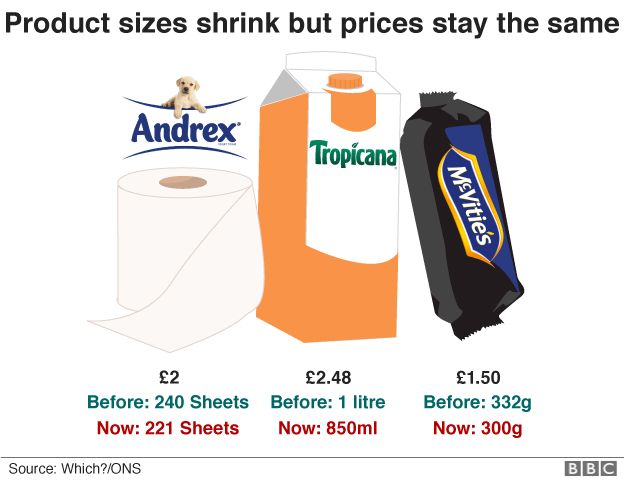 Andrex toilet tissue, which used the catchline “Soft, strong and long” alongside the famous Labrador puppy, has shrunk its rolls from 280 sheets originally, first to 240 sheets, and more recently to 221 sheets, according to Which?

The company told the BBC that even though the roll was smaller, the product itself was better.

“Reducing the roll by a number of sheets has helped us make this multi-million pound investment in product performance possible,” a spokesperson said.

“Consumer pricing is solely in the domain of the retailer.”

Dozens of chocolate bars and sweets have already got smaller.

Packets of Maltesers have shrunk from 121g to 103g, a reduction of 15%. Makers Mars have said it was a way of helping consumers afford the product.

Toblerone has shrunk by 12%, with larger spaces between the triangular “mountains”.

The manufacturers, Mondelez – formerly Kraft – said they changed the shape “to keep the product affordable”. It said it was experiencing higher costs for “numerous” ingredients. 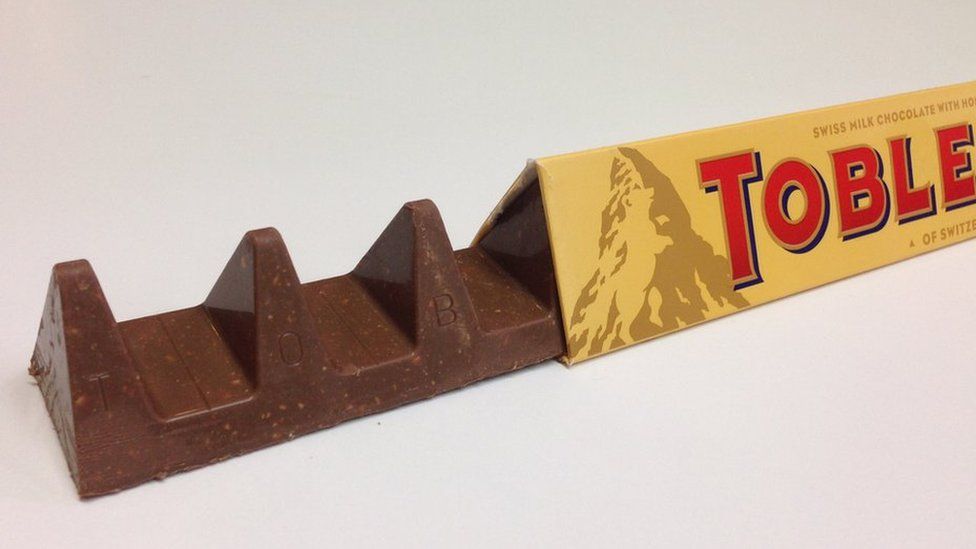 The ONS has cast doubt on whether raw material costs are really rising.

The European import price of sugar has been falling since the middle of 2014, and reached a record low in March 2017, the ONS said.

The price of cocoa, another major ingredient, reached a five-year high in December 2015, but has fallen sharply over the last year.

The ONS also dismissed Brexit as a reason for recent shrinkflation, even though it has contributed to an increase in the price of some imported goods.

“Our analysis doesn’t show a noticeable change following the referendum that would point to a Brexit effect,” the ONS said.