Rabat – After several decades of extremely dry weather, residents in southern regions of Morocco finally woke up this morning to an unusual snowfall that currently impacted Ouarzazate, Taroudant and even Zagora, which has not experienced snowfall for fifty years.

Several photos and videos have been posted on social media depicting the cities covered with a huge layer of snow. Despite the freezing cold temperatures, many residents went outside to enjoy the unexpected snowfall.


El Houcine Yoabd, in charge of communication at the National Meteorology, told the media outlet le 360, that it has snowed in these regions due to a mass of air coming from Northern Europe.

“We are under the influence of a very low pressure of altitude, with very cold temperatures that can reach 0 or even 1 degree,” Yoabd said.

He also added that these drops in temperature accompanied by rainfall and snowfall in several parts of Morocco are expected to continue until next Thursday.

New weather alert released by the National Directorate of Meteorology on Monday forecasts temperatures ranging between -04 and 1°C and maximum of 5 to 9 °C in Ouarzazate.

These heavy snowfalls made travel absolutely impossible as the roads were blocked. There will be also delays in air traffic.


A video posted on social media shows a man from Tinzouline, a town 15 kilometres from Zagora expressing his joy over the snowing atmosphere. 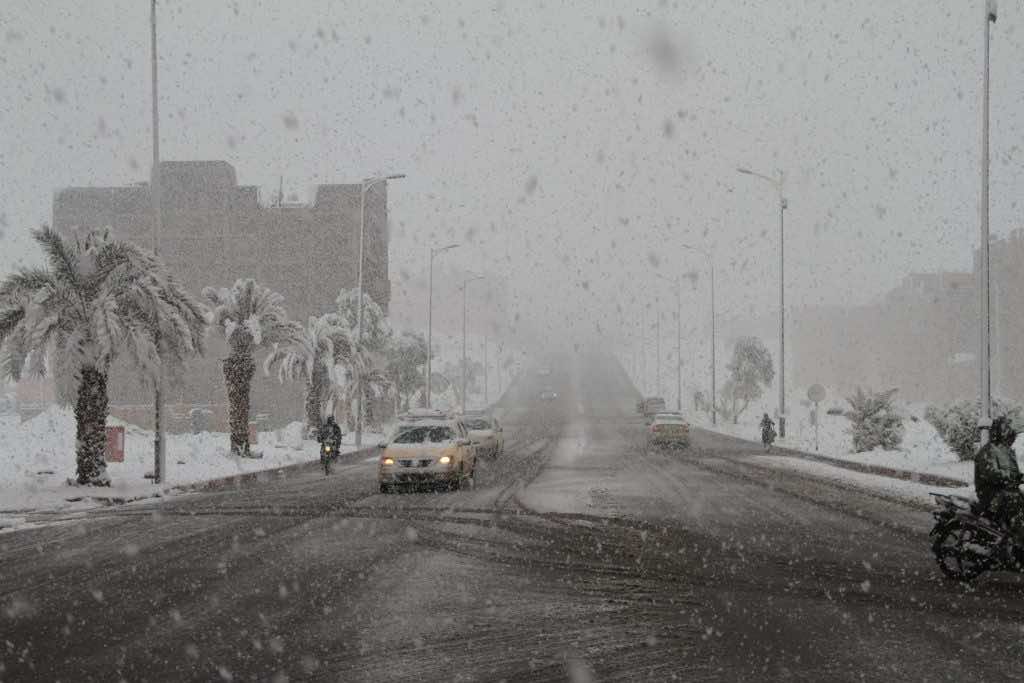 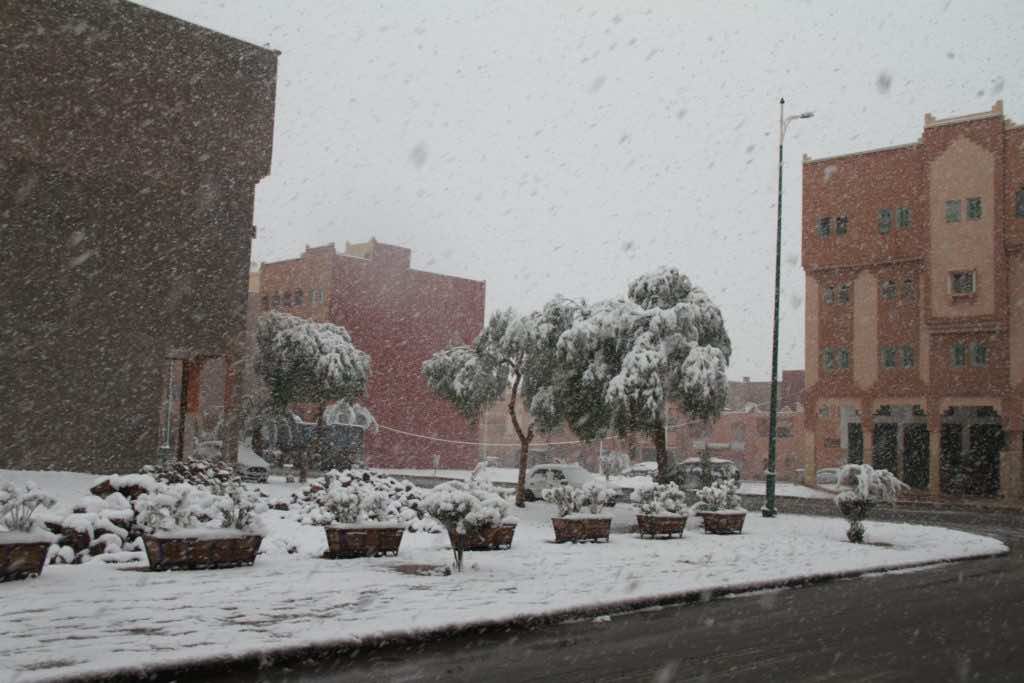 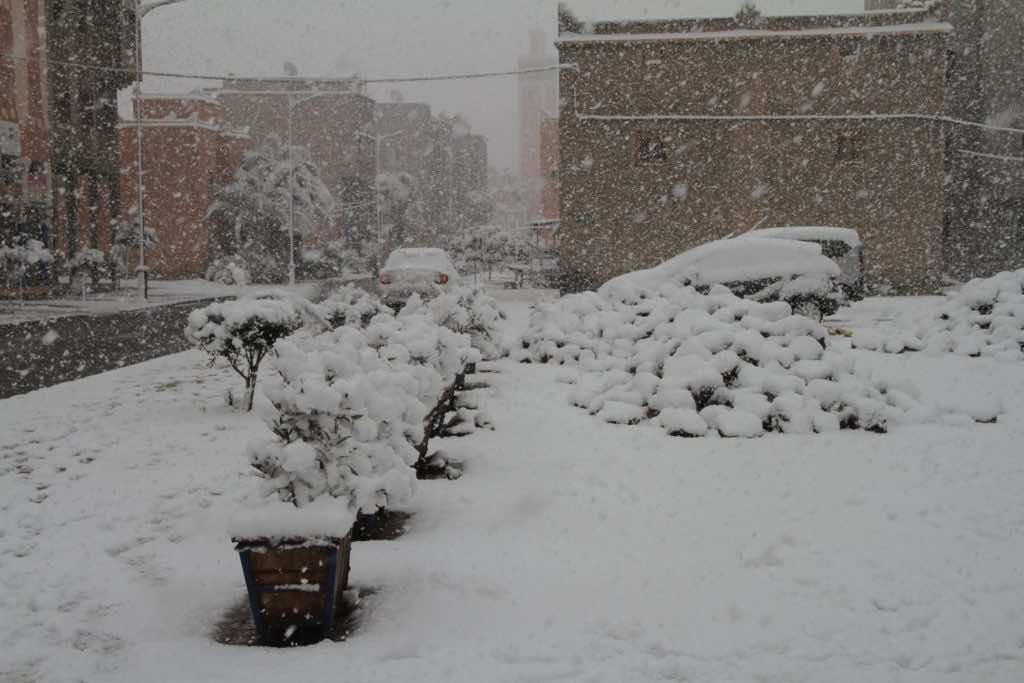 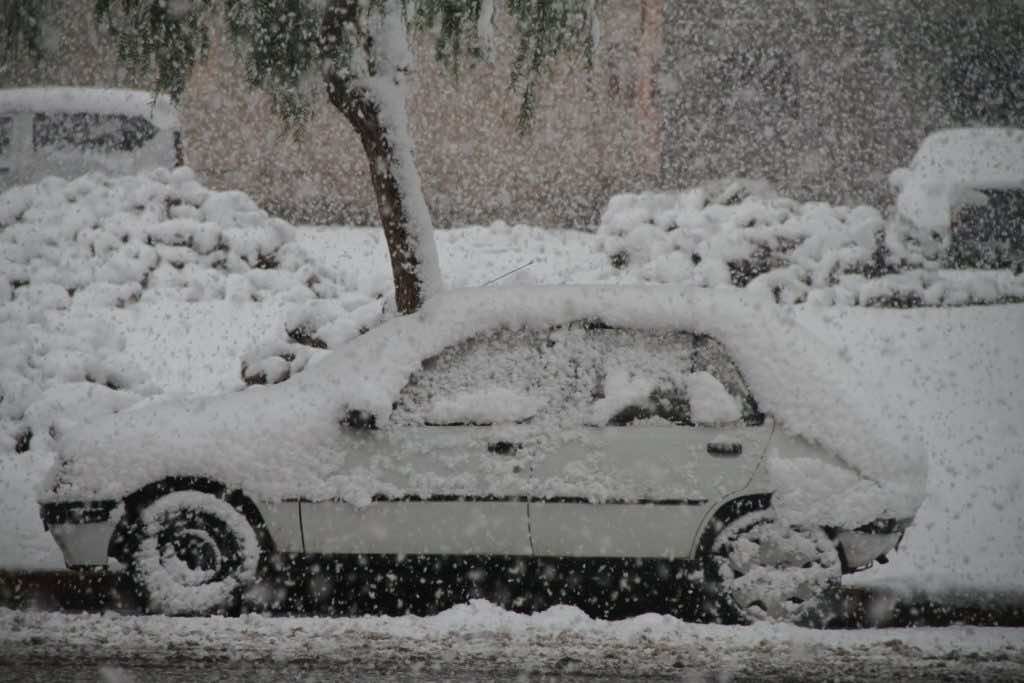